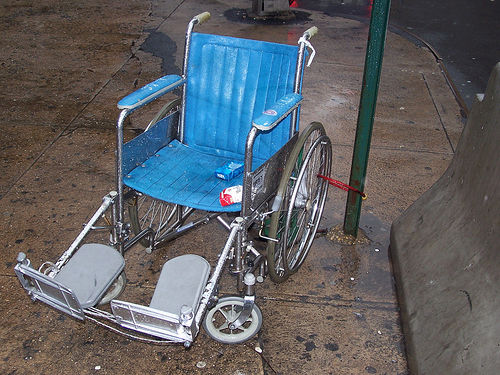 The ranks of durable medical equipment suppliers are thinning because of new accreditation and surety bond requirements instituted by the Centers for Medicare & Medicaid Services (CMS), according to a recent HomeCare magazine story.

Since mid-December, about 15 percent of the nation’s 105,000 DMEPOS suppliers and pharmacies have ceased participation in the program, a CMS spokesman told the magazine. That means more than 15,000 companies are no longer able to legally bill Medicare, including a staggering 11,000 that had their Medicare numbers revoked because of failure to meet the new requirements. Another 3,400 voluntarily withdrew from the program.

The final numbers are subject to change, as some are still waiting to hear about accreditation or an appeal.

Most of the nation’s DMEPOS providers had until Oct. 1 to meet new accreditation standards and post a $50,000 surety bond for each of their locations. Many pharmacies — one of the groups that did not receive an exemption from the new mandate — had their compliance deadline extended until Dec. 31, 2009.

There are concerns within CMS and beyond that the new requirements could cause smaller DMEPOS providers to shutter, cutting off access for patients in more rural parts of the country.

“I think we could start seeing spotty access issues in places like Montana because there is a low population and a lot of territory to cover, and if you have a small population, as a provider you’re likely to have smaller revenue,” industry consultant Wallace Weeks of Weeks Group, Melbourne, Fla., told HomeCare. “In spite of the fact they may never have to participate in competitive bidding, the burden of accreditation and a surety bond becomes a very significant part of a very small company’s revenues.”