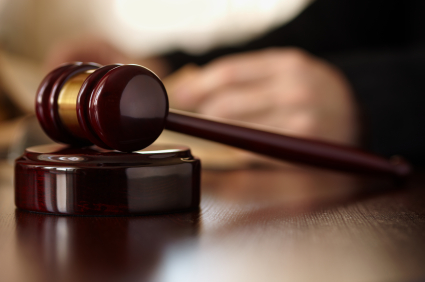 Doing work for which they might not be paid is something subcontractors consider carefully when agreeing to work on a large scale project. All too often subcontractors are left unpaid for their work when project owners or prime contractors go bankrupt during, or even after, a construction project. Contract bonds, especially payment bonds, work to ensure subcontractors receive due payment for their contributions on a project.

After nearly four years of litigation, a case exemplifying this very problem made it out of the court system earlier this week, ultimately leaving a subcontracting firm with just a percentage of its due payment.

On August 1, the U.S. Third Circuit Court of Appeals filed its opinion for the appeal of Sloan & Company v. Liberty Mutual Insurance Company.

According to the official court text, the case

Upon the project’s completion, the project owner refused to pay Shoemaker nearly $6.5 million owed under the prime contract. Of that amount, $5 million was due to various subcontractors. As such, Shoemaker refused to pay Sloan the full amount of the remaining $1,074,260 balance due under the subcontract. In turn, Sloan made a claim against Shoemaker’s contract bond and demanded full reparation from Liberty Mutual.

The crux of this case comes down to the how the courts interpreted the contract’s pay-if-paid clause differently. The courts differed in their opinion of the extent to which the clause should be applied, as well as in their conclusion of how much restitution Liberty Mutual owed Sloan.

Generally speaking, pay-if-paid clauses only require contractors to pay their subcontractors if they receive final payment from the project owner. The Pennsylvania Superior Court set a precedence in C.M. Eichenlaub Co. when it determined that an original builder

“shall be under no obligation to make any payments to contractor . . . for materials delivered or for work performed by contractor unless and until Builder is first paid for such materials and work by the owner.”

When contracts include such language, subcontractors typically cannot collect due payment from a Pennsylvania surety bond unless the original contractor was fully paid. For this reason, subcontractors rarely agree to contracts that include unconditional pay-if-paid clauses. Shoemaker was not fully paid and, at this point, had no contractual obligation to pay Sloan.

Although language in subparagraph 6.f of the Shoemaker and Sloan subcontract did establish a satisfactory pay-if-paid clause, a modification in the second subparagraph alters the clause in certain situations. When additional contractual language modifies pay-if-paid clauses, then the court system is often left to decipher the extent of protection the contract provides to subcontractors.

As written, the alteration to this pay-if-paid clause required Sloan to wait to pursue its claim against Shoemaker until the firm had attempted to recover payment from the project owner. After waiting a mandatory six months, Sloan had the right to make a claim on the bond. Because a lack of funds kept the project owner from paying Shoemaker in full in their own law suit, Sloan was entitled to “pursue any remaining claim for final payment,” as stated in the original contract.

“The structure of Paragraph 6.f demonstrates that the parties did not intend for Sloan’s “remaining claim for final payment” to equal the entire unpaid balance on the subcontract.”

The court further determined that the subcontract contained a “liquidating agreement,” which is a legal mechanism that allows pass-through claims that liquidate (or reduce) potential losses to an amount comparable to that which the contractor has recovered from the owner. As such, the circuit court appealed the district court’s ruling, saying Sloan was not allowed to collect nearly $1 million, but rather a portion of what it was owed as a “pro rata” share of the recovery. In this case the court ruled Liberty Mutual owed Sloan a total of $300,000.

In the end, the contractual language did not permit Sloan to recover losses on the bond in full, but rather in proportion to what Shoemaker was able to receive from the project owner. The adjusted pro rata share is crucial in many such cases so that other subcontractors who worked on the same defaulted project can also collect their due reparation.