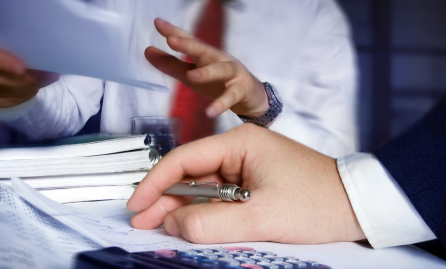 An Illinois court ruled Monday that an insurance company is responsible for paying claims made against its principal’s community currency exchange bonds.

The Illinois National Bank backed the business of two currency exchange establishments that did not have the funds necessary to issue money orders requested by customers. This allowed the exchanges to remain open, but it also forced them into debt with the bank. The bank eventually discontinued funding and sought a way to recollect funds used to guarantee the exchanges.

As the obligee of the bonds in question, the Illinois Department of Financial and Professional Regulation (IDFPR) was inherently entitled to seek reimbursement on behalf of any creditors who could make a claim on the bonds. The IDFPR made the claims on behalf of the Illinois National Bank, which is a creditor.

Hartford denied the claims for reimbursement on April 17, 2009 and argued that when the bank paid the money orders that created the overdrafts, the institution released Hartford, as surety, from any payment requirements under the bond.

Hartford then filed a legal complaint against Bank of America, Corus Bank and Illinois National Bank under the premise that the company was not accountable for paying claims made on the two community currency exchange bonds. In turn, Illinois National Bank filed a counterclaim that the terms of the community currency exchange bonds entitled them to recovery and requested damages in the amount of $123,009.23 plus costs.

Herein lies the crux of the case. Hartford argued that by paying the money orders, INB discharged all liability “on” or “in connection with” the money orders, thus relieving Hartford from the obligation of reimbursing the bank. INB argued, however, that the broad language and purpose of the bonds under the ICCEA should mean that the coverage still applied.

The key to this case was the connection the bonds in question had to the legislature’s intended consumer protection. By honoring the money orders despite the lack of funds had by currency exchanges, Illinois National Bank fulfilled the legislative purpose of the ICCEA, which is to protect consumers from the potential instability of currency exchanges.

The court granted INB’s motion for a summary judgment, which is an action for debt entered without the necessity of jury trial because there is no arguable issue. Summary judgment is awarded if the undisputed facts and the law make it clear that it would be impossible for one party to prevail if the matter were to proceed to trial.

Thus the court determined the language of the Illinois community currency exchange bonds clearly outlined that, as surety, Hartford was financially accountable for the claims INB made on the bonds.