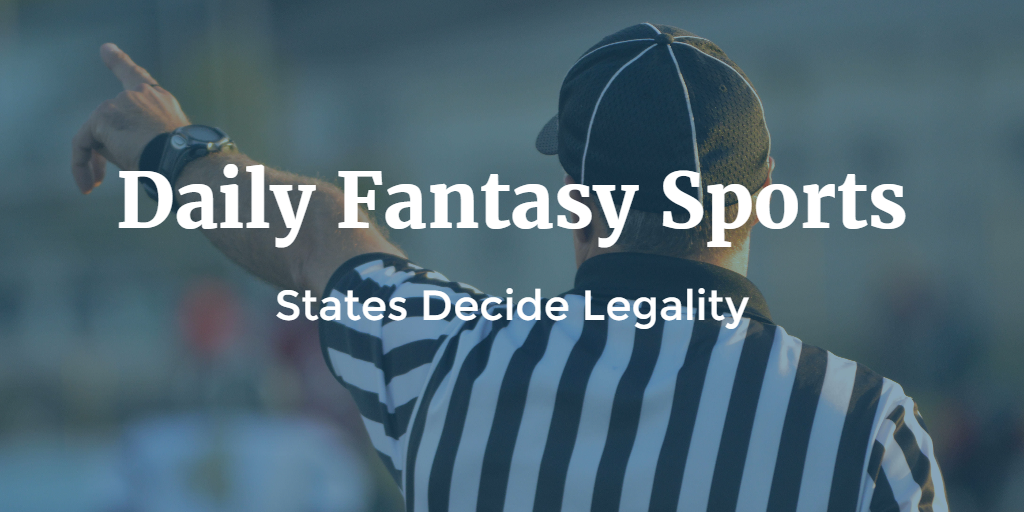 As state legislative sessions come to a close, several have joined early regulators like Indiana and Virginia in legalizing the daily fantasy sports industry. Colorado and Mississippi’s laws include surety bond requirements similar to those in place in other states.

Daily fantasy sports, played on popular sites like FanDuel and DraftKings, are similar to regular fantasy sports leagues except that the site takes a cut of players’ entry fees. The games are also accelerated, spanning a few days or even hours. The federal government has decided to leave regulation of the industry up to the states because of disagreements over whether it is gambling or a game of skill. The cut taken by fantasy sports sites leads some states to categorize the games as gambling, while other states define them as games of skill and regulate them.

Colorado’s HB 1404 legalizes and regulates daily fantasy sports, requiring licenses through the Division of Professions and Occupations, which is part of the Department of Regulatory Agencies. Unlike most states that have introduced legislation, Colorado specifies that “small” daily fantasy sports operators do not have to be licensed or be annually audited, but must register with the state. Small operators are those with 7,500 or fewer registered users.

The surety bond required should cover fantasy contest players’ funds. The funds must be separate from the company’s operational funds. In the event that a website hosting games closes or suffers financial loss, the surety bond protects the funds in players’ accounts.

Colorado’s regulations are similar to those of other states that regulate the industry, including prohibiting daily fantasy sports company employees and family members living in the same household from participating in games. Participants must be at least 18 years old and the company must develop a method for verifying players’ ages.

Daily fantasy sports operators must submit the following information to the Division for Licensing:

As the bill’s effective date approaches, further licensing guidelines and forms are expected to be released by the state.

Mississippi began regulation of daily fantasy sports with the passage of Senate Bill 2541, called the Fantasy Contests Act, also taking effect on July 1, 2017. In addition to requiring a surety bond, the legislation mandates the formation of a Fantasy Contests Task Force. The industry will be regulated by the Mississippi Gaming Commission.

The Task Force’s purpose is to comprehensively review fantasy sports contests with fees and recommend proper oversight of the contests. SB 2541 contains guidelines for selecting the members of the Task Force, which must have seven members in addition to two chairpersons.

Like Colorado, Mississippi daily fantasy contest operators must purchase a surety bond that covers the funds in players’ accounts and keep those funds separate from operational funds. SB 2541 specifies that the state’s Gaming Control Act does not apply to daily fantasy sports games.

SB 2541 repeals itself on July 1, 2017, meaning that legislators are expected to pass further regulation by that time.

Daily fantasy sports have been considered legal in the state since 2012, but in March the state’s attorney general introduced consumer protections for the industry. Among other rules, the regulations prohibit players from being under 21 and from depositing more than $1,000 per month into their accounts. As of August 1, 2016, an economic development bill awaiting the governor’s signature would formally legalize daily fantasy sports, excluding the games from the state’s definition of gambling. The bill would also establish a fantasy sports commission.

Several more states have taken a stance on the legality of daily fantasy sports in recent months, though many have not yet passed legislation reflecting their decisions.

Missouri’s House Bill 1941 regulates daily fantasy sports and takes effect August 28, 2016, though it is open to comments before it becomes permanent in the spring. Operators are not required to purchase a surety bond, but must keep players’ funds separate from operational funds. Daily fantasy sports companies that apply for a license before October 1, 2016 will be allowed to operate while licensing regulations are finalized, but those that apply after the deadline will have to cease operations until licenses are issued.

Tennessee passed House Bill 2105 in April, which mandated the establishment of a daily fantasy sports advisory task force by July 1, 2016. It also established licensing procedures for companies. However, the state’s attorney general released a statement around the same time declaring that the contests were illegal.

Rhode Island introduced House Bill 7075 in January, which would have made fantasy contests legal in the state. Attorney General Peter Kilmartin has said he believes the games are legal and encouraged legislators to pass regulations.

Subscribe to the Surety Bond Insider and stay up-to-date as regulations in the daily fantasy sports industry continue to change.

UPDATE: As of August 3, 2016, New York has legalized daily fantasy sports with the passage of Assembly Bill 10736. The bill does not contain a surety bond provision.