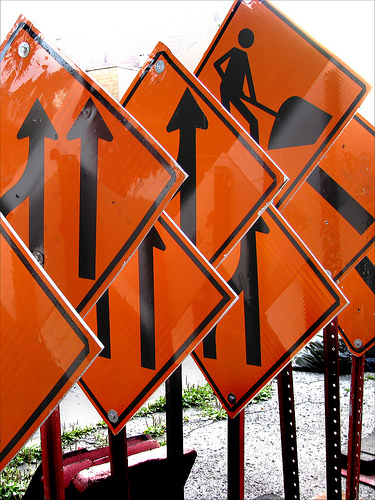 Contractors with a history of law-breaking have been landing lucrative stimulus-funded construction contracts, with at least one contractor presenting phony surety-bond documents as part of their winning bid. The Sacramento Bee recently reported on how that city was swindled out of $3.5 million by Advantage Demolition & Engineering owner Peter Michael Scott.

A contract to install water meters was shut down by the city in January and both a federal and state investigation launched into Advantage, which cashed city checks but allegedly did not pay workers.

City officials were fooled by the bogus surety bonds Scott presented. The bonds appeared to be notarized and looked legitimate, but city officials failed to notice a major flaw–the bonds did not include the required statement of either the premium or the rates on which the premium would be determined based on the bond’s face value.

The investigative-journalism nonprofit Pro Publica has found several other instances of lawbreaking contractors winning stimulus contracts. Last fall, Pro Publica reported the U.S. Department of Defense awarded $30 million in stimulus-funded contracts to six companies while they were being actively investigated by federal authorities on suspicion of fraud. In this case, a large minority-owned business seemed to have applied for funds earmarked for small businesses by pretending to be many small, unrelated firms.

In addition, more than $1.2 billion in stimulus contracts have been awarded to contractors on a federal watch list because of past legal troubles, the Washington Post reported.

The Sacramento case underlines how important it is for officials who review applications for government contracts to understand how surety bonds work and verify that bonds they are presented with are legitimate. In this case, the bonds even appeared to be written by a major surety bond company, but in fact the bond issuer had never heard of the contractor.

If you have questions about whether a surety bond is legitimate, call the issuer to verify the bonds or ask the experts at SuretyBonds.com.