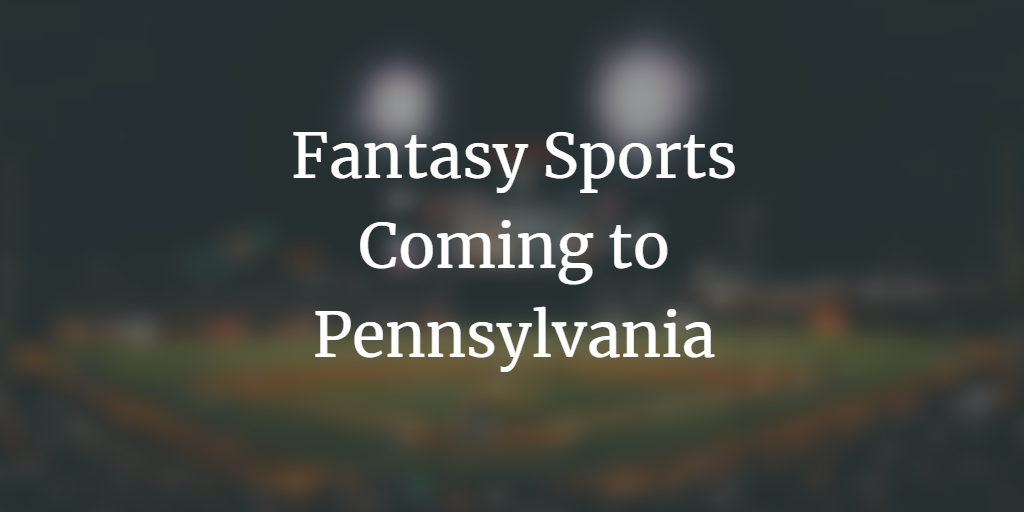 Pennsylvania House Bill 271 will expand gambling in the state and regulate online gambling and daily fantasy sports contests through the Pennsylvania Lottery. The new gaming law legalizes sports wagering in the state. As a result of the legislation, a bond is required for bidding on a slot machine license and fantasy contest players’ accounts. HB-271 was enacted on October 30, 2017, and goes into effect on April 30, 2018.

With the passage of HB-271, Pennsylvania joins New Jersey, Nevada, and Delaware with legal online gambling. Additionally, Pennsylvania is the 17th state to formally legalize paid-entry fantasy sports with the new law.

What is daily fantasy sports (DFS)?

Daily fantasy sports (DFS) are based on the season-long fantasy contests that 59.3 million people in the U.S. and Canada participate in. When it comes to season-long fantasy contests, individuals join a group, known as a league, in which all contestants are responsible for picking players to join their roster. Each individual compiles points based on how well their players perform statistically each week during the season. The winner is the individual who drafts the team that plays the best throughout the season. Fantasy football during the NFL season is the most popular contest. Other types of fantasy contests include baseball (MLB), basketball (NBA) and hockey (NHL).

DFS are similar to season-long contests but is condensed down to a single day or week. Rather than choosing players for an entire season, individuals pick a team of players for a short period of time. A season-long fantasy sports contest is a social game with possibly a small amount of money available for grabs. On the other hand, DFS contests allow players to compete for thousands (and occasionally millions) of dollars. The DFS industry is dominated by two companies: DraftKings and FanDuel. Other DFS companies include Yahoo Daily Fantasy and FantasyDraft.

Why are daily fantasy sports illegal in some states?

Daily fantasy sports are considered to be gambling and require a gaming license to operate, according to most jurisdictions around the world. When it comes to the U.S., the legality of DFS varies by state. The Unlawful Internet Gambling Enforcement Act of 2006 is a federal law concerned with the processing of payment for online gambling. However, there are several individuals who believe the law was not intended for DFS contests. In the last few years, a number of states have enacted DFS laws.

How does the legislation change bonding requirements?

The bill now requires fantasy contest operators to maintain a reserve in the form of a bond or other security equal to the deposits in the fantasy contest players’ accounts, securing the players’ funds. In the event an operator merely runs the contest for the length of the sports season and generates revenue less than or equal to $250,000, the operator is not required to post a form of security. Instead, the operator may place the funds in an escrow account.

HB-271 also requires a bond or letter of credit in connection with bidding on a slot machine license. The bond must be equal to the minimum bid, which is $7.5 million.

Need a bond to operate a fantasy sports contest?

If you’re ready to apply for your fantasy sports contest operator bond, contact SuretyBonds.com by calling 1 (800) 308-4358 or request your free, no-obligation quote online!

Kylie is a senior at the University of Missouri - Columbia studying journalism with an emphasis in strategic communication. She is a member of the marketing department and outreach team for SuretyBonds.com, a leading provider of online bonding for clients nationwide.