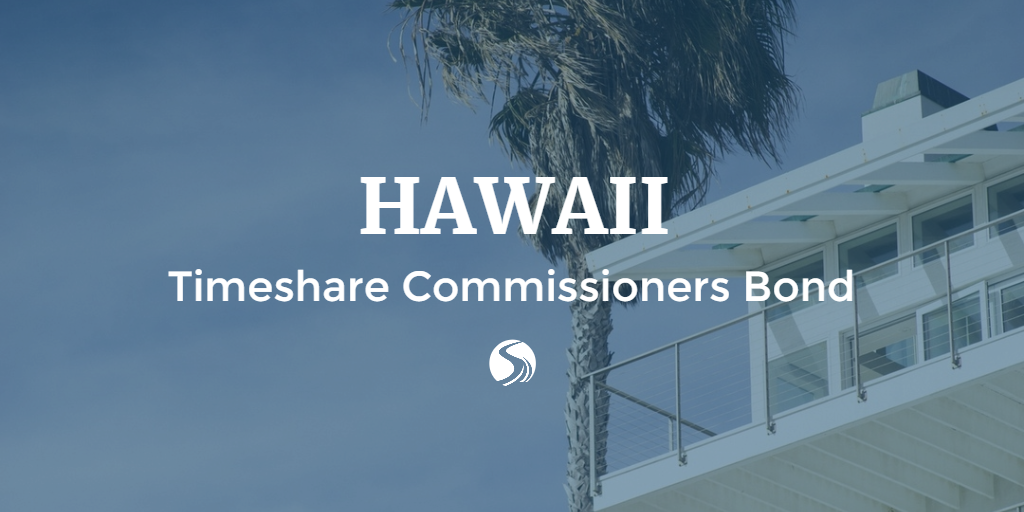 The timeshare commissioners of deeds program was introduced in House Bill 424 in 2013. Its purpose was to establish procedures for taking acknowledgment or proof of execution of a Hawaiian timeshare deed, assignment of lease, apartment deed or ground lease outside the United States. SB 2910 and HB 424 aim to streamline the process of authenticating and recording timeshare documents signed outside the U.S. by establishing the commissioner of deeds position.

HB 424 mandated a $1,000 surety bond for timeshare commissioners of deeds in an effort to protect consumers if the commissioner did not properly perform his or her duties. SB 2910 increases that surety bond requirement to $10,000 for commissioners. If a commissioner does not perform the actions necessary for oaths, acknowledgments and proofs of execution, resulting in financial damages to the consumer, the consumer can make a claim on the bond for reimbursement.

Though HB 424’s passage created the timeshare commissioners of deeds program, lack of funding and a lack of clarity in the legislation prevented the program from being implemented. A working group established in 2013 to implement the program suggested more legislation to clarify HB 424 and appropriate funds for the program, which SB 2910 intends to accomplish.

Timeshare commissioners of deeds perform the same services as a notary public in the state of Hawaii. They cannot charge higher fees than a notary and their endorsement of a deed has the same effect as a notary’s endorsement. Commissioners can only provide overseas executions of deeds, leases, powers of attorney, mortgages and contracts in connection with timeshare properties or the operation of a timeshare plan located in the state of Hawaii. They must execute the documents outside of the 50 states or in international and US territorial waters.

SB 2910 allocates $60,000 for fiscal year 2016-2017 from the general fund for establishment of the program. The program has not yet been implemented as of this posting.

Contact the office of the lieutenant governor with questions about the timeshare commissioner of deeds program. Contact SuretyBonds.com for help getting a surety bond in Hawaii.