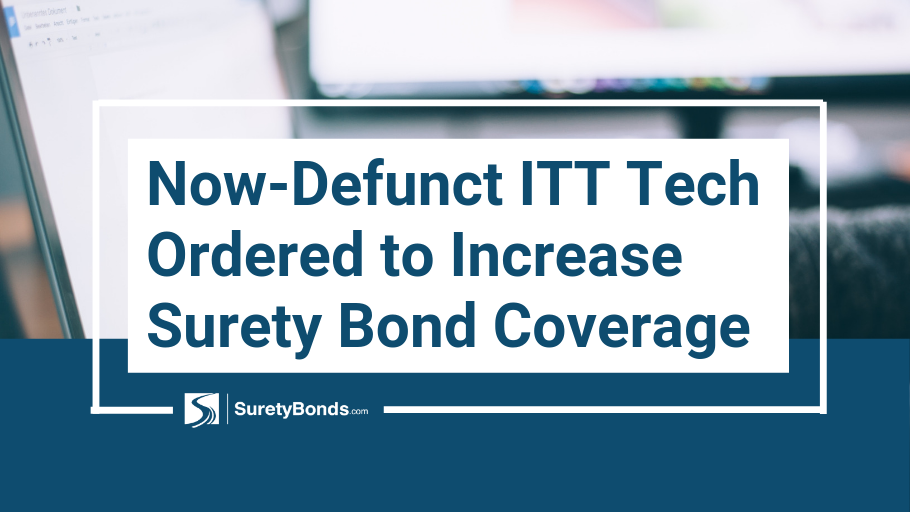 For-profit college ITT Technical Institute announced on September 6 that it would be permanently closing following a plethora of issues that arose in the past year. Classes for the next quarter were scheduled to begin on September 12. ITT Tech’s accreditation was in jeopardy and the U.S. Department of Education recently prohibited the school from enrolling students receiving federal student aid.

ITT Tech was accredited by the Accrediting Council for Independent Colleges and Schools (ACICS), an organization whose authority is also under scrutiny from the Department of Education. ACICS found that in 2015, 30 of the school’s approximately 130 campuses and over 400 of its programs did not meet accreditation standards and were not likely to meet them. The school was supposed to provide ACICS with evidence that it should retain accreditation, but never provided that evidence.

The Department banned ITT Tech from enrolling students receiving federal student financial aid in August, further undercutting the school’s credibility and eliminating a major source of revenue (about 80% of ITT Tech’s revenue was from federal student aid). It also demanded the school increase its cash reserves and surety bond coverage to protect taxpayers and students from the repercussions of the decision. ITT Tech has about $94 million in surety bonds, which the Department of Education mandated must be increased to $247 million (40% of Title IV funds the school received in 2015). The Department intends for the school’s surety bonds to cover the government’s losses from student loan cancellations and forgiveness and to protect taxpayers from being on the hook for reimbursement.

The Department is offering some students the option to apply for loan forgiveness, provided they do not transfer ITT Tech credits to another school. Students who are currently enrolled or who withdrew from the school in the past 120 days are entitled to loan forgiveness under a closed school loan discharge.

Another sanction from the Department banned ITT Tech from giving executives unapproved raises, bonuses or severance packages. Several other for-profit colleges are under similar scrutiny: Corinthian Colleges closed in 2015 and were ordered to pay a $1.2 billion judgment for false advertising and lending practices. The U.S.’s 16 for-profit Le Cordon Bleu campuses are set to close in September 2017 following an unsuccessful attempt by parent company Career Education Corporation to sell the school. Last year, the University of Phoenix was banned from recruiting on military bases and new and transfer students are prohibited from using Department of Defense tuition assistance to attend the school. Several of the college’s campuses have closed in the past few years, with plans to shrink from 91 to 67 campuses this year.

Daniel Webster College, a for-profit school owned by ITT Tech in Nashua, New Hampshire, remains open for the time being, though the school’s accreditation is now under review. The school’s accrediting body, the New England Association of Schools and Colleges (NEASC), say ITT Tech’s closure puts Daniel Webster’s finances and future at risk. The school must provide the NEASC with reasons why their accreditation should not be revoked by September 14—called a show-cause report—and attend the NEASC’s September 22 meeting to present those reasons.

The surety bond required of ITT Tech is similar to those many states require for charter and vocational schools. Corinthian Colleges’ closure led Oregon to require a surety bond for many postsecondary schools, as well as schools offering online education in the state. Cosmetology schools in Louisiana are required to post a surety bond in case of unexpected closure. Some Nevada private schools need a surety bond if they receive funds from the state. These surety bonds are a measure that protect both students and taxpayers, placing liability where it belongs: with the schools.

Subscribe to the Surety Bond Insider to stay up-to-date on important news in the surety industry.