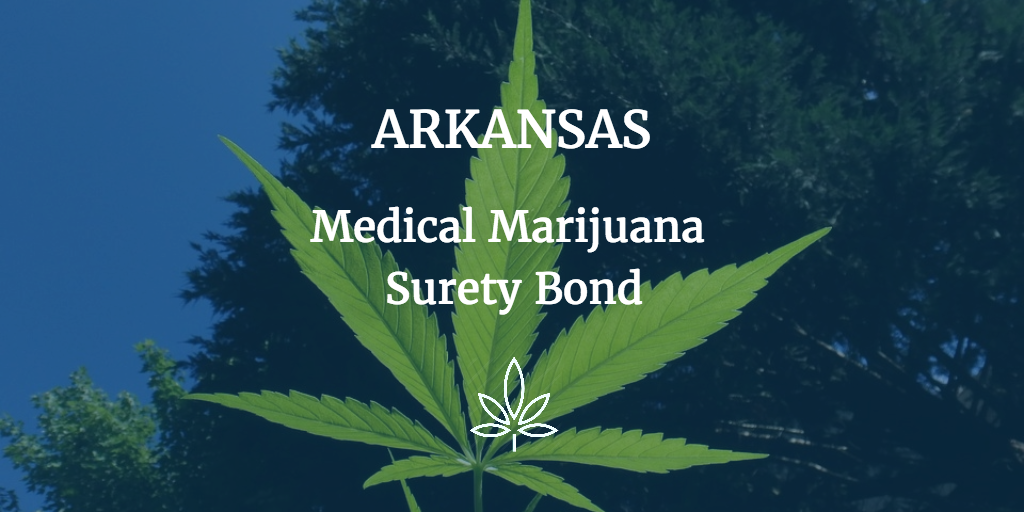 While the Medical Marijuana Amendment itself did not mandate surety bonds, rules establishing varying bond requirements were approved by the AMMC in several meetings that took place earlier this year. On January 3, the AMMC voted unanimously to require cultivation facilities to show proof of assets during their application process. They can either provide proof of assets of $1 million or provide a $1 million surety bond. Cultivation facility applicants must show proof of liquid assets in the amount of $500,000. Facilities must pay an annual $100,000 licensing and renewal fee. A December meeting set their license application fee at $15,000.

In the AMMC’s meeting on January 10, they again voted unanimously to require cultivation facilities to provide a $500,000 performance bond upon licensure. The AMCC also voted that the facility must have a surety bond in place until filing its first sales tax report with the Arkansas Department of Finance and Administration. In the same meeting, a $7,500 dispensary license application fee was established; unsuccessful dispensary license applicants can receive a refund of half that amount. Dispensaries must pay a $2,500 licensing fee, while dispensaries that also wish to cultivate marijuana pay a $25,000 licensing fee. Non-cultivating dispensaries’ annual license renewal fee was set at $10,000, and cultivating dispensaries’ annual fee set at $32,500.

A February 1 AMMC meeting established further surety bond requirements for cultivating dispensary applicants. Those applicants must show proof of assets or provide a surety bond of $200,000, and must show proof of liquid assets of at least $100,000. Cultivating dispensaries must post a $100,000 performance bond if they successfully become licensed.

In addition to establishing these surety bond requirements, the AMMC has established rules for awarding licenses, which are based on merit in some situations and on a lottery in others. They have decided to issue 32 dispensary and five cultivation facility licenses, and will also decide where in the state those businesses can be located.

The AMMC has until 180 days after November 9, 2016 to establish rules and regulations for the growth and sale of medical marijuana, meaning the deadline is May 8, 2017. On February 21, the AMMC introduced a final set of rules—public comments can be made on the rules and a public hearing will be held on March 31, after which lawmakers will vote on approving or amending the rules. The AMMC will begin accepting dispensary applications on July 1 for a period of 30 days.

Several bills in Arkansas’ House and Senate are attempting to delay implementation of the Act or hinder the use of medical marijuana, such as Senate Bill 357, which would prohibit smoking marijuana anywhere in Arkansas. Whether or not the bills will delay patients’ access to medical marijuana remains to be seen.

Contact the AMMC with questions about the new regulations or hearings. SuretyBonds.com no longer writes marijuana license bonds, but we can still help you purchase a surety bond in Arkansas.