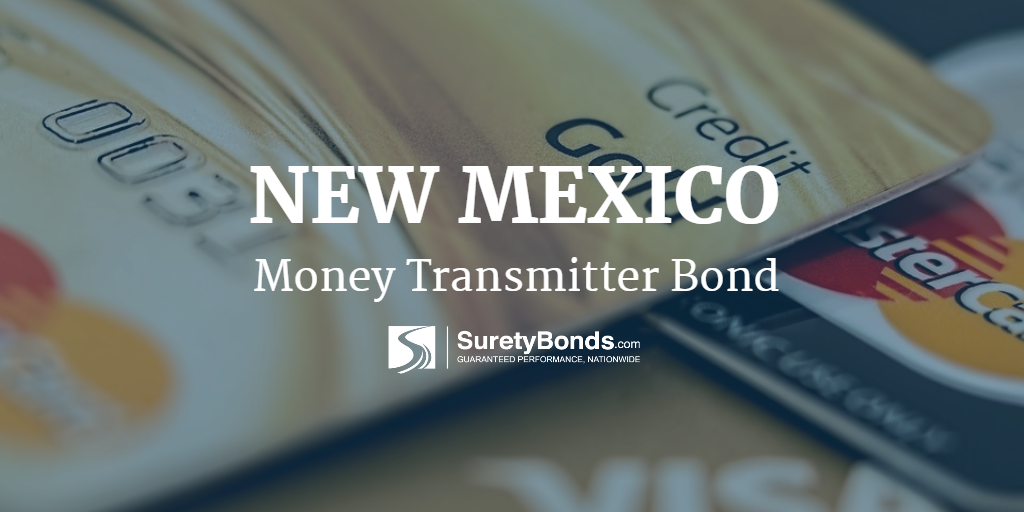 House Bill 250, also known as the New Mexico Uniform Money Services Act, effective as of January 1, 2017, requires all New Mexico money transmitters to become licensed and submit a surety bond. Before the passage of the law, the Financial Institutions Division only required a license from those wanting to sell, issue and/or register checks or money orders. By adopting the new law, money transmitters in New Mexico are now faced with licensing requirements that is more uniform with other states having passed similar legislation. The exact amount of the required surety bond varies for every applicant, but the new law requires that it is the greatest of the following:

The law does state that the bond amount may not exceed $2,000,000 unless the state determines the money transmission service provider’s financial condition is inadequate, in which case the required bond amount may be as high as $5,000,000.

As of now, the entity that will be accepting bonds and providing licenses to New Mexico money transmitters has not yet been established.  However, the New Mexico Regulation and Licensing Department is expected to have licensing procedures in place by September 1, 2016.

What are New Mexico money transmitters?

Per the Uniform Money Services Act, anyone that engages in the sale or issuance of payment instruments, stored value or receiving money or monetary value for transmission is considered to be a money transmitter in the state of New Mexico. With the exception of banks, any individual or company—for example, Paypal—who takes part in the transfer of funds from one party to another is considered to be a money transmitter under the new law.

For those unfamiliar with surety bonds, a surety bond is essentially a financial guarantee between the principal, the surety and the obligee. By providing a surety bond to the obligee, the principal (money transmitter) is guaranteeing that they will abide by all rules and regulations included in the bond—in the case of money transmitters, the obligee will issue a license upon receipt of the bond. The surety company—typically a division of an insurance company—ensures that the business applying is bondable by reviewing the credit of the business owners. In the event that a bond is claimed against, the surety will pay up to the full amount of the bond in order to reach a settlement, at which point the service provider must reimburse the surety for all money paid out.

How much will my New Mexico money transmitter bond cost?

Due to the substantial bond amount—at least $300,000—it is impossible to know exactly what the premium will be in order to issue the bond without an underwriter’s review. Applicants seeking the best available rates on this bond—often 1 to 3% of the bond amount—should have exceptional credit and may also need to submit business and/or personal financial statements in order to get approval.

Once the licensing process has been finalized, money transmitters should contact a surety bond provider to get bonded in New Mexico.