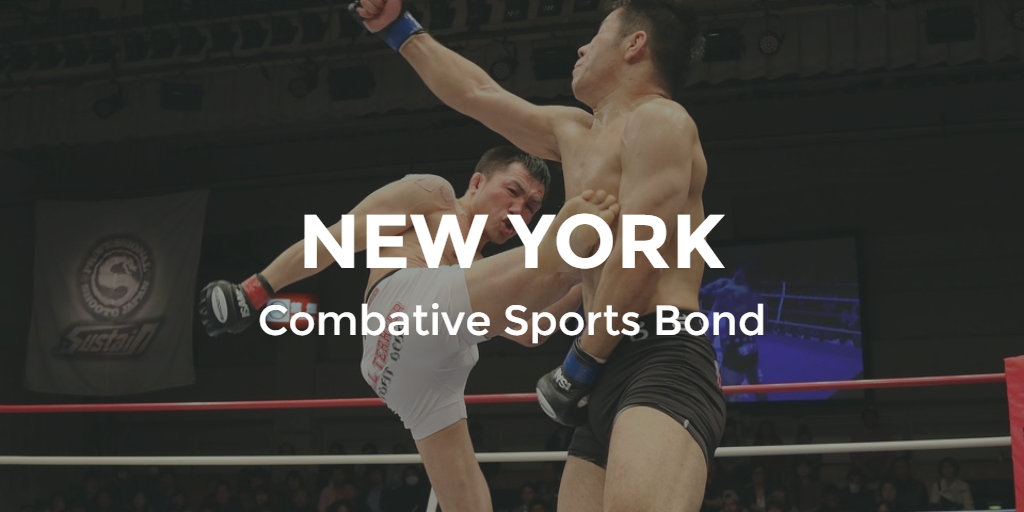 New legislation in New York will require professional wrestling match promoters and hosts of combative sports matches—including mixed martial arts (MMA)—to post surety bonds. S 5949A passed in April and will take effect on September 1, 2016. The bill makes New York the last state to legalize MMA, which was done by including it in the state’s definition of authorized combative sports.

Combative sports match conductors, referred to as authorized sanctioning entities in the bill, are entities allowed to oversee and conduct matches. Combative sports are defined as professional and amateur boxing, wrestling, sparring, kickboxing, single-discipline martial arts, and mixed martial arts. These sports are legal only under the supervision of the New York State Athletic Commission or an authorized sanctioning entity.

S 5949A is aimed at improving safety for MMA competitors in the state. It establishes licensing procedures for entities conducting MMA matches, match judges and competitors, to be regulated by the Commission. Authorized entities must post a surety bond before being granted a license, which ensures their compliance with industry laws. The Commission will determine the amount of the bond. In addition to the license bond, entities must post a separate surety bond that ensures payment of competitors’ purses, salaries of club employees, and all ticket printing and advertising expenses.

Promoters must post a bond that is not less than $20,000, guaranteeing the payment of the same expenses plus payments to sponsoring organizations. S 5949A imposes taxes of 8.5% on event ticket sales and 3% of the gross receipts from broadcasting and digital streaming rights, not to exceed $50,000 in taxes.

The bill also introduces medical standards for competitors, mandating that they must cleared by a physician before participating in matches. Physicians are also given the right to terminate a match if they feel it is necessary to prevent serious injury to the competitors. Promoters are required to hold accident insurance or another form of financial guarantee covering competitors’ medical, surgical or hospital care in addition to more serious injuries or death.

The bill was signed after seven years of support from Senator Joseph Griffo. Griffo said that he is “proud to have led the charge in the Senate from the start to lift the statewide ban on professional mixed martial arts.” The press release from Gov. Cuomo’s site following S 5949A’s passage says that the state hopes to generate more than $137 million in revenue from MMA and wrestling events. The UFC has promised to host at least four events per year in New York for the first three years following the bill’s passage, hugely contributing to the anticipated revenue increase.

Contact the Athletic Commission if you have questions about the changing legislation or your bond amount. SuretyBonds.com can help you become a licensed combative sports conductor or wrestling match promoter by getting you bonded in New York.