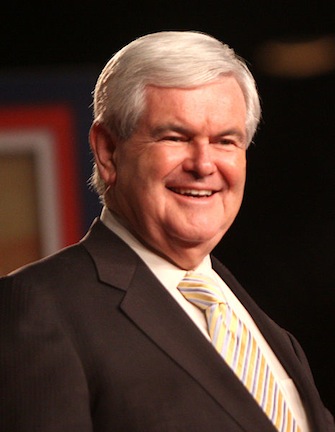 Yesterday an audio recording in which Newt Gingrich vocalizes his support for mandated health insurance went viral. The recording is stirring up controversy in both parties as Gingrich has frequently denounced Obamacare during the past few months of his presidential campaign.

The recording is from a May 2009 Center for Health Transformation conference call Gingrich hosted. At the time, the health care reform act had just been introduced to Congress.

In advocating for a degree of choice in the program, Gingrich proposed that individuals be allowed to post a bond as a way to opt out of purchasing federally mandated health insurance.

“We believe that there should be a must-carry — that is, everybody should have health insurance. Or, if you’re an absolute libertarian, we would allow you to post a bond. But we would not allow people to be free-riders failing to insure themselves and then showing  up at the emergency room with no means of payment.”

Gingrich also expressed similar sentiments as recently as May 2011 in an appearance on “Meet the Press.” On the show Gingrich said, “I’ve said consistently that we ought to have some requirement that you either have health insurance, or you post a bond, or in some way you indicate you’re going to be held accountable.”

Gingrich’s initial support for universal health care did vary from President Barack Obama’s plan in that it included options, which is where his suggestion for individual surety bonds comes in. But could a surety bond option reasonably substitute required health insurance policies? Not likely.

Those with credit scores below 700 could pay rates up to 20%, which would mean $20,000 to $25,000 premiums. As such, surety bond premiums would be nearly impossible for most Americans to afford. Not to mention the fact that surety bonds typically aren’t one-time purchases as each bond that’s issued is only valid for a certain duration. When the bond expires, the principal would be forced to purchase a new bond and pay the premium again.

Although Gingrich’s idea to offer bonding as an alternative to mandated health insurance policies might have, theoretically, given Americans a choice, it was quite misguided. Realistically it would have done nothing more than back individuals into a corner where purchasing an insurance policy would be the only real choice.

Of course, Gingrich currently continues to denounce Obamacare and claims he will overturn it if elected president, which is a far cry from where he stood on the issue less than a year ago.