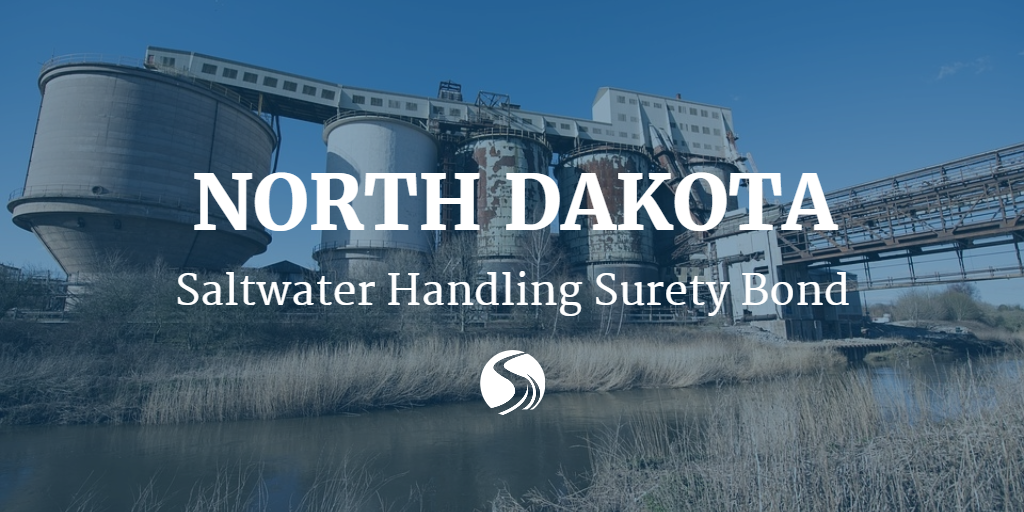 The North Dakota Industrial Commission adopted rules over the summer that implement surety bonds in some instances. Saltwater handling facilities as well as some pipeline systems in the state will need to post surety bonds. The new regulations will be effective October 1, 2016, following a comment period that garnered hundreds of comments.

Per the regulations, a saltwater handling facility is any container or site used for the handling, storage or disposal of substances used in connection with oil and gas exploration, development or production. The facility can be standalone or an “appurtenance to a well or treating plant.”

Saltwater facility operators must obtain a permit and a $50,000 surety bond before building a facility. The Commission may increase the bond amount at their discretion. The bond is intended to ensure the facility’s compliance with state law as detailed in the North Dakota Annotated Code. Permits expire one year after their issuance. Facilities built prior to October 1, 2016 will have 90 days to comply with the surety bond and permit requirement.

Crude oil and produced water underground pipelines are used for the transport of crude oil and produced water from a production facility for sale, storage or disposal. Pipelines less than one mile in length need to post a $50,000 surety bond. Operators with more than one pipeline system may purchase a blanket bond of $100,000. These bonds are in place to cover reclamation costs as well as ensure the operator’s compliance with North Dakota law. Owners of pipeline constructed before October 1, 2016 must obtain a surety bond before July 1, 2017.

As of this posting, protests continue over the construction of the Dakota Access Pipeline in North Dakota. The pipeline would stretch from North Dakota to Illinois, underneath the Missouri River, which is the Standing Rock Sioux Tribe’s source of drinking water. The pipeline would also disturb Sioux burial grounds, according to the Tribe. Construction is currently halted while the U.S. Court of Appeals considers the Standing Rock Sioux Tribe’s request for an emergency injunction. The pipeline is around 60% complete, though whether it will be completed remains to be seen.

Contact the Industrial Commission with questions about the new regulations or consult their FAQ page. The experts at SuretyBonds.com can help you purchase a surety bond in North Dakota.