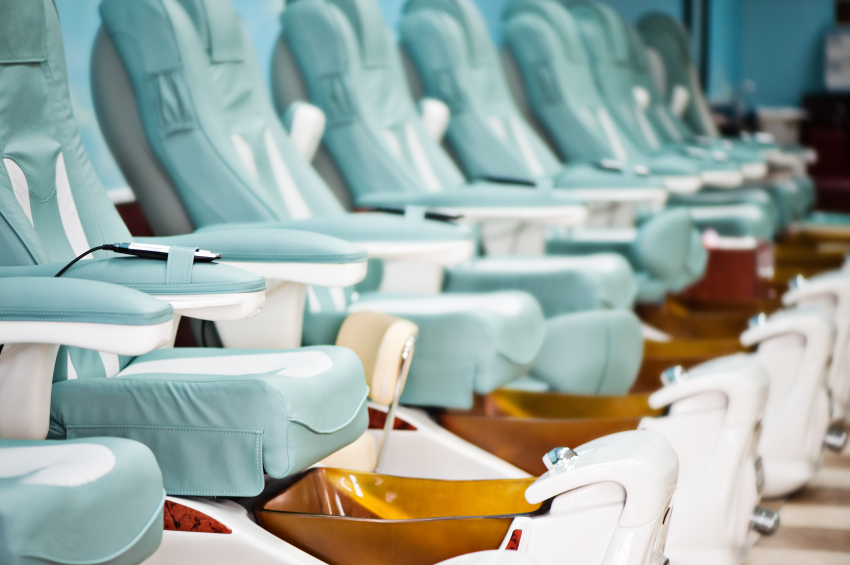 Posted By: SuretyBonds.com Administrator May 19, 2015

New York Governor Andrew Cuomo is taking swift action in response to the dark, unethical underbelly of the city’s massive nail salon industry revealed through a recent New York Times series. The 2-part investigative report details the hardship and burden many of these workers experience in their employment at these salons. On May 17, Cuomo ordered a number of emergency regulations and measures in an effort to combat the unreasonable working conditions facing workers in the nail salon industry, primarily focusing on work theft and hazardous health standards.

The New York Times report uncovers a laundry list of problems mostly affecting the livelihoods of the salon employees. First and foremost is the underpayment of these workers ranging from mild (below minimum wage) to severe (not compensated at all for time worked). Since nail salon workers can receive tips, salon owners are not required to pay their employees the minimum wage. However, if the tips they receive combined with their base salary do not combine to equal the minimum wage, the owner would be required to provide them with supplemental pay to compensate for the difference. The issue is, owners are either withholding this supplemental pay from their employees or refusing to distribute the tips earned by their employees. Even further, many owners simply refuse to pay for overtime with some individuals logging 10-12 hour days and 60+ hour weeks in some cases.

A primary cause of this underpayment is the relatively low prices for treatments and services with New York City charging well below the national average. The low prices set by owners takes a toll on the paycheck for their employees. Whereas in other areas higher prices enable owners to compensate their employees more generously, the lower profits in New York City restrict the options of many owners. The low prices can be attributed to the proliferation of nail salons in the city over the last 15-20 years prompting greater competition. The number of salons more than tripled to nearly 2,000 spanning 1997-2012. It has the most salons per capita by a significant margin with its closest competitors containing about half the amount of salons per capita. To continue to drive business and stay afloat, many owners are forced to slash prices on services.

An additional troubling concern is the method for which new employees get started at many nail salons. Since many manicurists are immigrants who cannot legally work in the country, they are desperate for any source of income. Nail salon owners are often cognizant of their situation and take advantage accordingly. They have charged these immigrants a fee for them to learn various crafts of the industry when they first hire them. The new employees work for a while (generally a few months) before they start receiving wages. Owners will typically justify this practice claiming it’s proper compensation for training them in a trade. However, it is illegal for individuals to pay employers to hire them, which is what is happening here. What makes matters worse for many of these immigrants is their inability to speak or understand English. They are oftentimes not even aware of what is and is not legal, and even if they did know, their illegal statuses create a stifling backdrop for leveraging fair work treatment. In essence, they are illegally working in the U.S. and completely susceptible to exploitation.

Another central concern raised in this series revolves around the health of manicurists and their children. There has been significant discussion regarding the health hazards posed by certain chemicals used within the nail salon industry, but officials have been slow to action. The law regulating the chemicals in nail products, the Federal Food, Drug and Cosmetic Act of 1938, is more than 75 years old and contains no provisions for health agencies to analyze the effects of chemicals before they hit the shelves. This leaves the workers in a dangerous position, as they have to handle these chemicals extensively and for long periods of time. There have been a few efforts to more strictly regulate these chemicals, but cosmetics industry officials and lobbyists have been able to successfully wield their influence to minimize new regulations. As a result, many manicurists continue to suffer from various respiratory issues and skin disorders, among other health conditions.

Currently there is an appearance enhancement bond for New York. It includes several disciplines of beauty enhancement, including nail specialty, esthetics, waxing and cosmetology. It was designed to help ensure that owners of these businesses would comply with the law, specifically Article 27 of the General Business Law. The main issues with this bond is the lack of enforcement and the small degree of punishment for violations of the terms of the bond. Businesses that commit violations generally receive a slap on the wrist with a small fine, if they get noticed at all. Governor Cuomo is determined to raise awareness for these violations through the implementation of Task Force Enforcement Teams, which will investigate nail salons throughout the city to ensure sufficient working conditions for manicurists. Businesses that fail to be in compliance with state laws will be unable to continue business operations until further notice. Other proposed regulations include:

In addition to the proposed regulations, Cuomo wants to make several administrative changes for prospective nail salon workers. These include offering the license exams in three additional languages (Nepali, Tibetan & Vietnamese), offering free English classes and providing free training through the Department of State to assist workers who have little to no source of income. The goal with these changes is to educate nail salon employees about their rights and, in the case of immigrants, ease their transition into the American culture. Further, there will be a public education campaign for salon workers, owners and clients alike. This campaign will educate everyone affiliated with the industry about the new regulations, workers’ rights and sources available for these individuals to use effectively.

As more details emerge, we will continue to update and monitor the situation with more descriptive information on the matter. The proposed legislation will have to be approved before any of these regulations can be enacted.