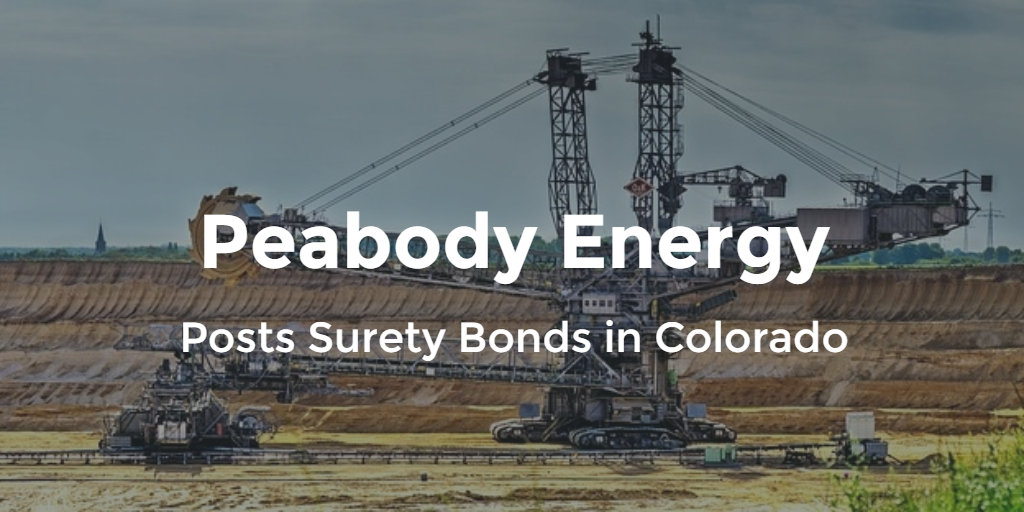 Coal mining companies are required to hold surety bonds that will cover the costs of land reclamation after mining is complete. Companies with sufficient assets have been allowed to self-bond, meaning they act as the guarantor for their own bonds. The declining value of several large coal companies has called their self-bonding eligibility into question, especially as several companies have begun bankruptcy proceedings.

WildEarth found that most of Peabody’s self-bonding obligations are for coal mines in New Mexico, Colorado and Wyoming, totaling over $1.1 billion. The environmental group’s complaint alleged that Peabody was violating the Surface Mining Control and Reclamation Act because of its failure to notify states that it was no longer eligible to self-bond. (This claim is even stronger in light of the company’s recent bankruptcy declaration.) According to the complaint, the company no longer met self-bonding requirements for several reasons:

How did Peabody respond?

Before Peabody filed bankruptcy on April 13, state authorities in Wyoming lowered the company’s reclamation costs. Authorities cited lower diesel fuel prices and a new shovel sharing policy as reasons for the $138 million decrease. The shovel is a $24 million machine that is used during reclamation, and the cost of purchasing a new machine for each mine is included in companies’ estimated reclamation costs. The shovel sharing policy assumes that companies with more than one mine in the state will share equipment during reclamation (Peabody has four mines in Wyoming). The decrease was a cause for concern for some environmental groups, who feel that cutting reclamation funds will have negative environmental effects.

Just two days before filing bankruptcy, Peabody converted $27 million in self-bonds to surety bonds in Colorado. The amount is relatively small considering the company’s over $1 billion in reclamation costs, but the move is a step in the right direction towards alleviating the burden taxpayers might face otherwise.

Despite their surety bond purchase and lowered reclamation costs, Peabody still has over $1 billion in self-bonding obligations in Wyoming and New Mexico. It remains to be seen if the company will be forced to purchase more surety bonds or if they will be allowed to continue to self-bond. Here at the Insider, we’ll continue coverage of this story as Peabody continues its bankruptcy proceedings.

Check out the Insider’s previous coverage of this story:

The Dangers of Allowing Self-Bonding for Mining Companies