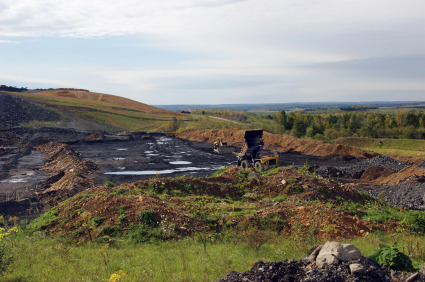 Surety bond requirements intended to protect environments near Pennsylvania coal mines have been producing the very problems they attempt to prevent.

Because coal mine operators in Pennsylvania often have trouble funding the expensive surety bonds required for coal mine reclamation, they can’t get approved to work on reclaimed sites. As a result, more than 100 abandoned mine discharge sites can be found across the state.

Before surface mining can begin on an existing site, the mine operator must file a Pennsylvania surety bond with the Department of Environmental Protection. The department determines an individual bond amount based on the mine operator’s estimated cost of fulfilling the project. The bond amount must cover the full project amount in case it should be left unfinished, which means the cost owners will pay for their bond can be substantial.

The bonds provide a financial guarantee that coal mining sites will be properly reclaimed when the project is finished. However, when mine site operators cannot get the bonds required for mine reclamations, the sites cannot be reclaimed, and taxpayers are left footing the bill on unclaimed mining sites.

To counter the problem, lawmakers in Pennsylvania are considering legislation that would make the required surety bonds more accessible to mine operators. According to the Republican Herald out of Pennsylvania, “Part of House Bill 1813 is also a permanent Pennsylvania Re-Mining Financial Guarantees program that provides affordable bonding coverage as an incentive to encourage operators to re-enter and re-mine abandoned mines sites around the state.”

Simply put, passage of Pennsylvania House Bill 1813 would make it easier for the state’s mine operators to get the surety bonds they need.

On December 19, 2011, the Pennsylvania House passed the bill by a vote of 193-1. It currently awaits consideration in the Senate.