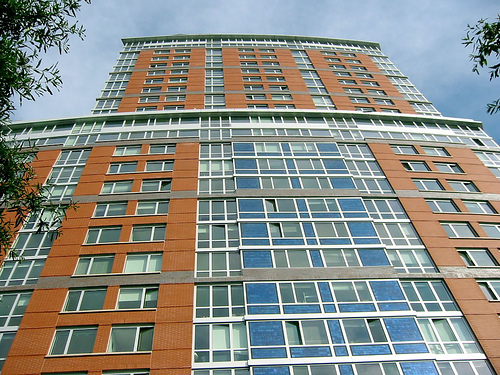 When it passed in 2006, Washington, D.C.’s Green Building Act was heralded as an innovative way to incorporate green efficiencies into private and public building projects.

But not everyone was thrilled, especially surety companies — the industry that issues bonds that guarantee work and protect taxpayer and private dollars. Three years later, there’s still a bit of a battle brewing that could jeopardize the course of green building in the District of Columbia and perhaps beyond.

At issue is the idea of a “green” performance bond. In general, performance bonds are a standard risk-management tool and a part of most building projects across the country. They basically guarantee that a contractor performs the job up to code and contract.

Usually, these are the standard fare — surety underwriters examine a contractor’s finances, experience, cash flow and ability to get the job done. Then, they examine the contract to see what specific industry standards are supposed to be met. If everything fits, the surety typically issues a performance bond.

But green building introduces a new, scary wrinkle for surety companies. A contract that demands a contractor achieve a certain degree of efficiency — say, for a decline in carbon dioxide emissions or water efficiency — likely requires certification by a third party, like the U.S. Green Building Council.

That’s a major reason why most surety companies refrain from bonding a contractor when a contract requires specific energy efficiencies or any type of third-party certification.

But that’s the law as written in Washington. The new regulation, which takes full effect in 2012, mandates that projects that fall short of green building standards have to pay claims into a city fund dedicated to green building.

Needless to say, the surety industry has been up in arms over the provision.

After months of back and forth, industry leaders and D.C. officials are working on a compromise while re-examining the law’s language. A public hearing regarding the issue was slated to be held on December 14.

Without a compromise, contractors and project developers in D.C. might have to shoulder more risk than ever before. And that could have serious repercussions for building, not just in the District but across the country.