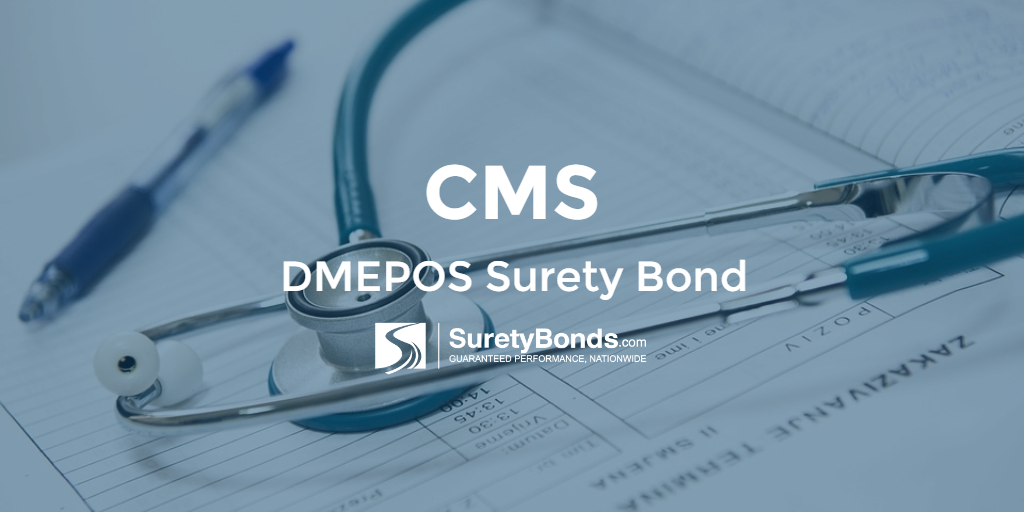 In March, the Centers for Medicare & Medicaid Services (CMS) proposed a new rule in an attempt to address program abuse by Medicare, Medicaid and Children’s Health Insurance Program (CHIP) providers and suppliers. The rule’s main goal is to address and prevent Medicare enrollment fraud.

What will the rule do?

The rule will require providers to disclose affiliations—whether current or previous; direct or indirect—with a provider or supplier that have or has had a “disclosable event”:

CMS has the right to deny a provider’s enrollment based on affiliations that may pose a risk of fraud or abuse per this provision of the rule. CMS defines “affiliation” in the following ways:

The rule will also give CMS authority to perform the following actions:

How does the rule affect DMEPOS surety bonds?

Many DMEPOS (Durable Medical Equipment Prosthetics, Orthotics, and Supplies) suppliers are required to purchase surety bonds as a condition of Medicare enrollment. The bonds are typically $50,000 or more and ensure that the supplier is complying with all applicable laws. The surety must pay claims against the bond within 30 days after receiving written notice establishing liability.

A provision of the proposed rule would give CMS the authority to reject surety bonds from certain providers. CMS could reject bonds from surety providers that have failed to make required payments to CMS previously. Further, they could reject all bonds issued by that provider to enrolled or enrolling DMEPOS suppliers, not just the bond the surety failed to fulfill. Effectively, CMS could completely exclude some companies from selling DMEPOS bonds to Medicare, Medicaid and CHIP enrollees.

CMS published the proposed rule on March 1 and accepted comments until April 25. The comments will be reviewed and responded to by CMS, and typically the final rule will be issued with modifications. If the revisions are extensive, CMS may choose to submit a second draft of the proposed rule, accept further comments and then issue a final rule. If the final rule prompts no further response, it will become part of the Code of Federal Regulations. If a lawsuit or other objection is made, the rule will be subject to judicial review.

The rule sets a proposed effective date of January 1, 2018. Opponents of the rule claim that the rule places “significant additional burdens” on Medicare providers and suppliers, and worry that the 2018 deadline is too soon for full compliance.

As of this posting, the Federal Register lists the measure as a proposed rule, meaning the public’s comments are under review by CMS. The provisions discussed may remain in the final rule, but could undergo significant changes. The team at SuretyBonds.com will continue to cover major changes in the rule.