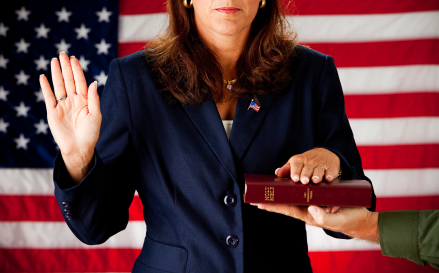 A public official in Washington sparked controversy when she failed to buy the required surety bond before she was sworn into office five months ago.

Charleen Groomes, who was elected Okanogan County clerk, said she was unaware of the surety bond requirement until a local judge told her she would be forced to resign if she did not secure the bond.

Due to a bankruptcy she filed 10 years ago, Groomes was unable to find a surety provider that would issue her the $150,000 surety bond. A couple from the area recently stepped forward to provide the bond as personal sureties. Because Groomes posted a private bond, Superior Court Judge Jack Burchard has ordered her to renew the bond after a year.

Generally, surety bond requirements aren’t much of a hot topic, but this case initiated a number of conversations in the community. Comments left online by some local residents demanded that Groomes’s position be revoked because she failed to meet the state’s expectations.

Public official bonds provide a financial guarantee that public officials will handle funds and other assigned responsibilities with integrity. The bond requirement is typically put in place to deter individuals with troubled financial pasts from running for office, as the inability to manage personal or professional funds in the past can indicate how an individual might conduct business while in office.

Some states require public official bonds be in the amount of 100% of all public funds the official manages, particularly those for tax collectors. The bond’s duration generally coincides with the official’s term in office.

Professions that typically require a public official bond include, but are not limited to, the following:

Government agencies that require public officials to be bonded hold their officials financially accountable for their actions while in office, and failure to meet this requirement can be trouble for both politicians and their constituents.