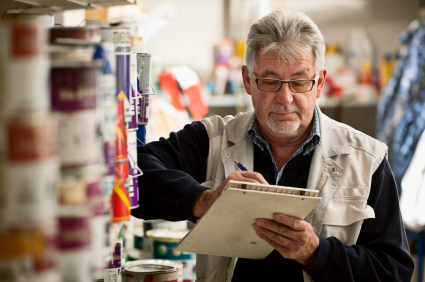 Senior man who owns a house painting business in his shop.

This article is the third installment of our Surety EDU series, which is brought to you by nationwide surety bond agency SuretyBonds.com. Check back next Friday for another in-depth look into how surety bonds work.

In last Friday’s installment of Surety EDU, we learned what obligees are and the role they play when it comes to surety bond contracts. A basic definition explains that each surety bond binds together three parties (an obligee, a principal and a surety) in a contract. This week we’re going to explore the role the principal plays in the bonding process.

(This article will not explore the functionality of court bonds since they’re complicated and function differently from contract and commercial bonds. A separate article discussing court bonds will be provided in the future.)

As discussed in last week’s blog, the obligee requires the principal to provide a bond as a way to guarantee a certain obligation will be fulfilled. The act of providing a bond guarantee requires a business or individual to purchase a surety bond from a surety underwriter. When purchasing a bond, the principal pays a small percentage of the bond amount. For example, principals with credit scores of 700 or higher typically pay low 1-5% rates, which translates to $100-$500 premiums for $10,000 of surety coverage. Principals with credit scores below 700 typically pay higher 10-20% rates, which translates to $1,000 to $2,000 for $10,000 of surety coverage.

Similar to insurance, principals pay a nominal fee to provide a much higher amount of coverage to the obligee requiring the bond. Principals who fail to qualify for the bond (or perhaps just choose not to purchase a bond) sometimes have the option of posting the full coverage amount directly to the obligee, typically in the form of cash or an irrevocable letter of credit. You can see why most principals choose to purchase a bond.)

As with any other contract, principals should fully understand the contractual terms they’re agreeing to when purchasing a surety bond. If a principal fails to uphold the obligation(s) as outlined in the bond’s contractual language, the obligee can make a claim against the bond to gain reparation. The surety will pay the claim, but because surety bonds function like lines of credit rather than insurance policies, the surety will require the principal to repay it for any claims paid out. So, even though the surety is on the hook for the initial claim payment, the bond’s indemnity agreement will require the principal to repay the surety. As such, bonds hold principals fully accountable for their ability to fulfill an obligation, whether the obligation be fulling licensing laws or completing a construction project according to contract.

Be sure to check back with Surety EDU next Friday to learn about the role sureties play in surety bonds.