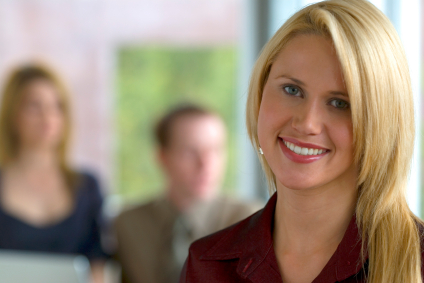 This article is the fourth installment of our Surety EDU series, which is brought to you by nationwide surety bond agency SuretyBonds.com. Check back next Friday for another in-depth look into how surety bonds work.

In previous installments of Surety EDU, we’ve explored what obligees are as well as what principals are. We’ve also learned the exact roles obligees and principals play when it comes to surety bond contracts. This week we’re going to explore the role the sureties play in the bonding process. Obligees require principals to purchase surety bonds as a way to guarantee some sort of obligation will be fulfilled. Principals required to file a surety bond typically purchase them from an insurance underwriter that backs the bond’s obligation. For a surety bond to be valid, the surety underwriter must typically be legally licensed to work in the state in which the bond will be active.

In the first installment of Surety EDU, we explored how surety bonds differ from traditional forms of insurance even though both are underwritten by insurance companies. To put it simply, insurance underwriters assume they’ll take on a certain amount of losses when issuing insurance policies. Conversely, insurance underwriters assume a zero-loss ratio when issuing surety bonds. As such, surety bonds function more like lines of credit than insurance policies. The surety provides a line of credit in case the principal should fail to fulfill the bond’s terms. If the obligation isn’t met, the obligee that has been harmed as a result can make a claim on the bond to access reparation for damages.

After a claim is made, the surety underwriter will investigate to verify whether the bond’s terms were actually breached. The legal language used in surety bond contracts is technical, so it can be tricky to decipher. In some cases a bond’s legal language requires that the offending principal be convicted in a court of law before any claims will be paid. If a surety determines the claim is valid, it will pay the reparation to the principal up to the bond amount.

The legal language used on bond forms typically states that a surety cannot be held liable for claims payments that exceed the bond amount. This means if multiple claimants make a claim on the bond for a principal’s inability to fulfill an obligation, they’ll each receive prorated reparations based on how much coverage the surety issued to the principal.

Furthermore, if a claim is paid out, most underwriters will expect the principal to reimburse them under the bond’s indemnification clause, which is how sureties avoid losing money when claims are made against bonds. Because principals are accountable for repaying sureties for claims, they are ultimately accountable for their obligations, which makes surety bonds function more as lines of credit than insurance policies.