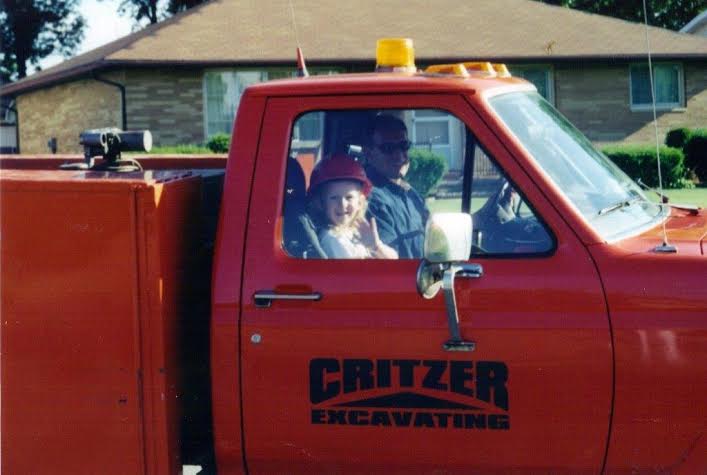 When referring to a small business shaping one’s personal life,  a happy, successful, family-run establishment is likely to be the picture in many people’s minds — a business where someone has learned valuable life lessons and spent irreplaceable time working for the business. The upbeat, family-owned store, deli, or restaurant is a common stereotype that comes to mind. A large law firm or family clinic are also common businesses that can be imagined. Whatever you probably thought of, that is not the type of business that shaped me into who I am today. The small business that shaped me was neither successful nor happy.

My father started his own construction company in 1996. His company started off a success. It continued to grow, and he expanded the number of employees and eventually added a partner. There were company trucks and equipment and offices and multiple jobs. Around the time of my fifth birthday, my dad owned and operated a small company worth over a million dollars.

Due, in part, to the failing economy in the construction field, internal problems with the company and employees, and other financial issues, my father was forced to downsize. By 2003, the construction company was barely hanging on. My father went back to the way his business started: himself and minimal employees working minor jobs.

With my dad’s company being the only source of income in my family, we were struggling. Before my eleventh birthday, the company went under and — to this day — no longer exists. My story begins where the small business that shaped me into who I am today ends.

After his company went out of business, my father begin driving a truck. This is how he made a living for two years before picking up different odds and ends jobs for the next three years. There was never extra money, however, we always managed to make it through. During those years, I never had a cell phone, name-brand clothes or anything especially luxurious, but I was fortunate enough to have clothes on my back, food on my table, a roof over my head, and a family that loved each other immensely.

During those rough financial times, I learned lessons that. unfortunately, not everyone fully understands in their lifetime. I learned the value of a dollar. The once-successful business taught me how easily financial security could be taken away. I was more conscious of my spending than most kids my age. I never asked for tokens for video games or expected to go out for Dairy Queen.  I knew that on the rare occasion we did go out to eat, pop was not an option. I learned to appreciate the inexpensive things in life such as watching a movie with my family or simply going to the park. I never expected extravagant gifts on Christmas or birthdays. I appreciated simply having cake and making Christmas cookies instead.

I also learned what it meant to sacrifice for people you loved. My dad worked long, hard hours doing various jobs so that my brother and I could still have the childhood he wanted us to be able to have. He allowed us to continue to play ice hockey, even though it barely made it into our tight family budget. There was one day that I had a game an hour away from our house. There was not enough gas in the car to get there and back and no money in the bank to pay for it. Instead of missing my game, my mom pulled change out of her purse and my dad put his last five dollars into the gas tank. My mom had lunch at her friend’s house planned for the next day. She chose to skip her rare afternoon out so that the gas could be used for me to go to my game instead of her driving to lunch. I never fully understood the impact that day had on me until later in my life. The sacrifices my parents made then and now for me and my siblings to have a happy childhood are incredible to me.

I have also learned to appreciate how fortunate one is to hold a job. I understand how hard a dollar is to earn. I understand that you get to choose what to spend each dollar on. I know this because I was forced to pay attention to spending  at such a pivotal point in my young life. I believe that having money is important. It is important to be able to afford food, clothes, and shelter. I also know, though, that it is nothing but a blessing to be able to afford luxuries such as television, vehicles, cell phones, and extracurricular activities — the simple pleasures in life that so many people take for granted every day.

Through the eyes of many, my family and I have never had a particularly easy life. Although we now have better financial security, it has been a long time since we have been considered a wealthy family or one that was able to afford more than the necessities on a regular basis. I learned how to work hard for everything I have and to appreciate things for what they are worth. I do not know that I ever would have fully understood what all this meant had it not been for a small business that failed.