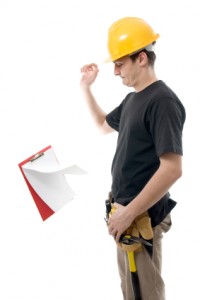 Some stakeholders within the surety bond industry might be surprised to learn that problems involving surety bonds in Puerto Rico are often resolved involving U.S. standards. (Puerto Rico is an unincorporated territory of the U.S.) As such, the Court of Appeals for the First Circuit recently ruled that the owner of a construction project who made a claim against his contractor’s performance bond was not allowed to object to the surety’s replacement contractor — even though the replacement was no replacement at al.

In St. Paul Fire & Marine Insurance Co. v. VDE Corp., the appeals court backed the District Court’s previous decision that the bond’s surety—St. Paul Insurance—no longer had any obligation to resolve the situation since the owner had breached his obligations under the bond by refusing to accept the surety’s proposed solution even though it fell within the limitations of the bond’s language.

The project was contracted in April of 2005, and in 2007 its owner officially declared the contractor in default after falling far behind schedule. The owner demanded the contractor cease work on the project and then made a claim on the performance bond.

After corresponding with St. Paul, the owner was appalled to learn that the surety intended to resolve the situation by reinstating the original contractor to finish the job, especially since he had specifically requested the insurance company find a different contractor.

The major concern throughout the case was the technical wording in the bond’s fourth paragraph which explains that court must interpret the bond as it would any other legal contract. Rather than giving a concrete answer for the situation, this left the door open to subjective interpretation of the bond’s language.

According to section 4.2 of the bond, once a claim has been made against the bond the surety has the ability to assemble a team at its discretion to complete the project without the owner’s approval. Thus both courts sided with St. Paul, agreeing that the company had technically attempted to resolve the situation according to the bond’s terms.