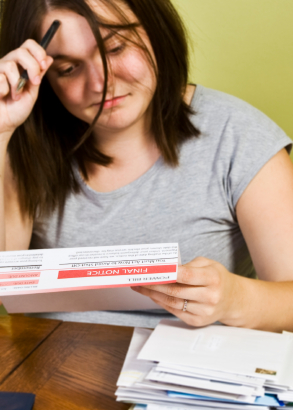 Fraudulent and other unprofessional debt negotiators in Connecticut may be looking to relocate. Recently updated surety bond requirements now place more accountability on the state’s debt consolidators than ever before.

Public Act No. 09-208 concerns consumer credit licenses and requires all debt negotiators working in Connecticut to post a $40,000 surety bond. The bond, called the “Debt Negotiator Bond,” binds any debt consolidator to the state’s Banking Commissioner as well as the general public.

Although the legislation was initially passed in 2009, the law did not go into effect until October 2010. This means that debt negotiators looking to renew their state licenses need to consider the new licensing regulations.

The Connecticut Department of Banking defines debt negotiators as those who charge fees for the following services:

Services provided by debt negotiators differ from those of debt consolidators. Debt negotiators essentially work with a debtor’s credit companies to negotiate payments that will equal only a percentage of the total debt.

In the past few years such agencies have developed corrupt business practices to make money off of those desperate to get out of debt. Connecticut’s new debt negotiator bond will make it far more difficult for such unethical agencies to operate for two major reasons.

Failure to follow the law (a.k.a. meet these and other licensing regulations) means the perpetrator will pay a $1,000 fine for his first offense. Subsequent offenses will result in a $1,000 fine and 30 days to one year in jail. So when it comes down to it, following these new surety bond regulations is in the best interest of both debt negotiators and their clients.