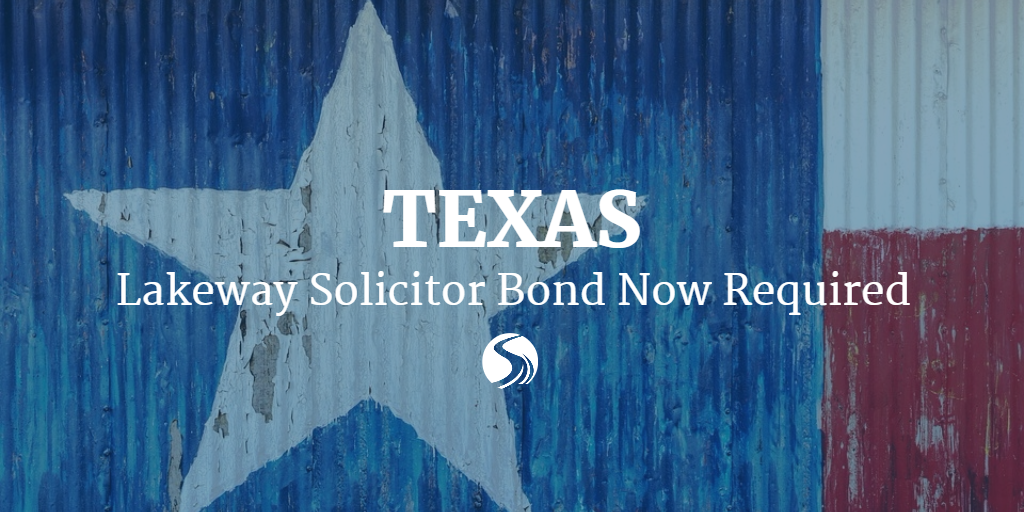 Effective immediately, a $1,000 Lakeway solicitor bond is required as part of the licensing process for anyone wishing to become a solicitor in Lakeway, Texas. In a Lakeway Council meeting on October 17, the council voted to amend the current process in favor of more stringent licensing requirements with the hope that they will better protect the public from what Councilman Jim Powell calls, “shoddy” services.

How to Get a License

If the applicant will be using a vehicle to conduct business, proof of liability insurance must also be submitted to the Department with the application packet.

The inclusion of Sec. 6.03.035 to the current city ordinance means that the people of Lakeway are now protected from financial harm resulting from misconduct on the part of the solicitor. Should the solicitor fail to abide by all rules and regulations pertaining to their status as a solicitor, a claim may be made against their bond in an amount up to $1,000.

Submitting a bond relieves the licensee from the financial burden of tying up $1,000 of their own money, because the surety is guaranteeing the department that the money is available if a claim is made against the licensee’s bond. In short, the bond is similar to a line of credit. However, if a claim is made and the surety pays to settle it, it is the responsibility of the principal (licensee) to reimburse them for all money paid, including court costs.

The new ordinance also mandates that, in the case of “a person, firm, company, partnership, corporation or association engaging in commercial solicitation through one or more agents or employees,” a single $5,000 Lakeway solicitor bond is sufficient for licensure.

Other Amendments to Ordinance

Although the new bond requirement is the most significant change to the previous city ordinance, two other amendments are also noteworthy.

If you have any questions regarding Lakeway solicitor bonds or would like a free, no-obligation quote, call 1 (800) 308-4358 to speak with an Account Manager at SuretyBonds.com.