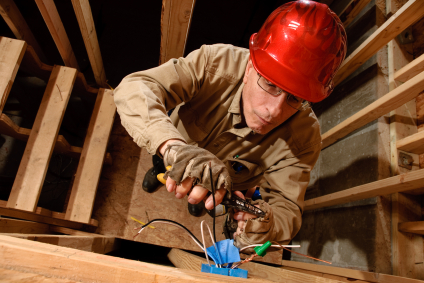 Washington, Dec 2— While the nation’s unemployment rate hasn’t dropped in months, one of the hardest hit industries remains the construction trades.

U.S. Representatives Richard Hanna (R-NY) and Mick Mulvaney (R-SC) introduced legislation that will help ease the worry of subcontractors and suppliers about whether or not they will be paid for their services. Hanna serves on the House Small Business Committee with Mulvaney who is chairman of the Contracting and Workforce Subcommittee.

H.R. 3534, the Security in Bonding Act of 2011, will protect small businesses and taxpayers by strengthening the bonding process and removing opportunities for fraud and abuse. The federal government allows contractors to pledge collateral directly to the government in lieu of furnishing corporate surety bonds.

The Security in Bonding Act of 2011 closes a loophole that allowed unscrupulous businesses to offer inadequate assets to back a bond. The lack of oversight on non-corporate sureties has resulted in a number of documented cases where assets pledged to back the bond have been illusory or insufficient.

Among the highlights of the bill:

“The Security in Bonding Act will protect the construction industry from bad practices that hurt their bottom line and hinder their ability to grow and create jobs,” Congressman Hanna said. “I spent more than 30 years in the industry and saw first-hand the damage that can occur when inadequate bonding was secured for a project.  It hurts everyone, particularly the small businesses suppliers and subcontractors who provide goods and services — yet risk not being paid for their work.

“This common-sense fix will strengthen the integrity of the bonding process.  The construction industry has been one of the hardest hit sectors since the beginning of the economic downturn.  This legislation provides more certainty and security for small businesses that deserve to get paid for their work.  These companies should focus on how to expand and create jobs — rather than worry about whether or not they will get paid.”

“The inability of government contracting officers to determine the real value of non-corporate security bonds has caused significant harm to small business, subcontractors and suppliers, and taxpayers,” Chairman Mulvaney said. “This legislation will increase transparency and restore the faith of long-overlooked subcontractors and suppliers — who no longer have to fear they will not receive payment to claims they are owed. The Security in Bonding Act will cut down on fraud and abuse in the non-corporate surety market, providing more certainty for the thousands of businesses who contract with the federal government.”