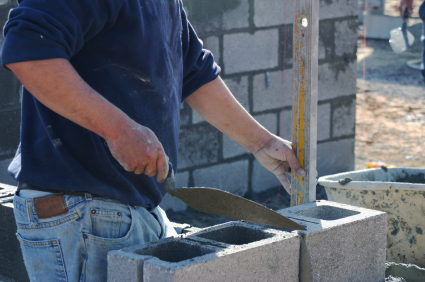 The story of David versus Goliath is an age-old tale, and one that’s all too common in the construction industry. Unfortunately, the real-world Davids rarely emerge from battle as the winners, especially when contract bond requirements limit their access to home elevation projects. Smaller contractors often have trouble funding, or even qualifying for, the surety bonds they need. When contractors are unable to purchase surety bonds as required by law, they’re automatically disqualified from many publicly funded construction projects. Because large contracting firms usually don’t have this problem, bonding requirements can create an unintentional monopoly in certain situations. Such was the case with a recent controversy in Louisiana.

On Nov. 1, 2011, Louisiana’s Hazard Mitigation Grant Program instituted a rule that required contracting firms to file performance bonds with the state before beginning work on home elevation projects. The program has funded numerous projects to restore structures in the state following the aftermath of Hurricane Katrina.

Gov. Bobby Jindal originally proposed the bonding rules on August 19, 2011, after numerous reports of fly-by-night contractors who disappeared after receiving payment for home elevation projects. Other contractors left behind shoddy work or failed to complete jobs altogether, leaving homeowners and the state to deal with additional financial loss.

According to an article by the The Times–Picayune out of New Orleans, the state said the goal of the new surety bond rules was to prevent contractors from “collecting an 80 percent advance payment on a grant only to walk off the job without finishing.”

However, small contracting firms were unable to find bonding companies who would issue them the needed bonds. Similarly, some who were able to qualify for the bonds were ultimately unable to pay their steep premiums. This gave larger contracting firms an advantage at securing valuable contracts, which is a common problem state agencies face when setting surety bond requirements.

As a result of the many complaints smaller contractors file with the state, an alternative to the bonding requirement was added before the new rules went into effect on December 1, 2011.

To qualify for the bonding exemption, contracting firms:

In an interview with The Times-Picayune, State Commissioner of Administration Paul Rainwater said the updated rules would “protect homeowners without stifling competition or giving larger firms an unfair advantage.”